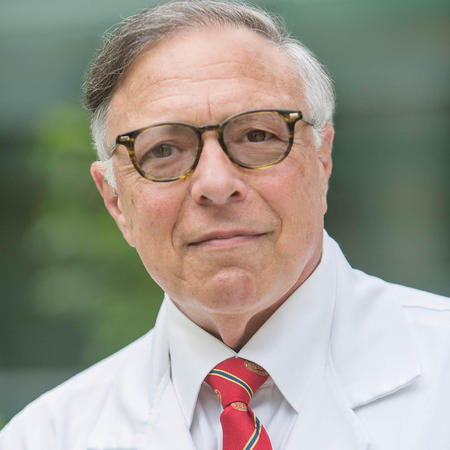 He is a pioneer in advancing surgical treatments for disorders of the ear, hearing and balance and performed the region's first cochlear implant in 1985. He continues to perform and improve on the original technique to offer better treatments for severe hearing loss.

Dr. Harris is also an expert in stapedectomy (microsurgery of the middle ear to improve hearing) and performs a high volume of these surgeries with high success rates and low rates of complications. Because of his experience and excellent patient outcomes, he has a large referral practice in revision stapedectomy (surgery to "correct" a previous surgery with complications).

Dr. Harris has been named an outstanding otolaryngologist in Town & Country magazine and American Health Magazine, and was included in "Best Doctors in America" by Woodward and White and "The Guide to Top Doctors."

As division chief of otolaryngology at UC San Diego School of Medicine, Dr. Harris' research is committed to discovering the causes of deafness and other disorders such as Meniere's disease, otosclerosis and autoimmune inner ear disease. His current research is examining the genetic basis of Meniere's disease.

He is co-founder of Otonomy, a San Diego biopharmaceutical company that is pioneering methods to treat inner ear disorders.

Dr. Harris has served on several scientific review boards, including the National Institutes of Health, the Deafness Research Foundation, the American Otological Society, the House Ear Institute, and the American Academy of Otolaryngology/Head & Neck Surgery. He co-chaired the expert panel on hearing and hearing impairment for the National Institutes of Health to establish priorities for federal funding of hearing research over the next decade.

In 2015, Dr. Harris received the American Otological Society Award of Merit. He is also the recipient of the prestigious Shambaugh Prize from the international society, Collegium Oto-Rhino-Laryngologicum Amicitiae Sacrum, for his remarkable work in the field and related basic research. He has been a visiting professor at many prestigious universities and institutions, including Harvard University, Johns Hopkins University, the Mayo Clinic, Cleveland Clinic, and many European universities. He has been an invited guest speaker at the academies of otolaryngology in Britain, Ireland, Canada, Japan, Mexico, Norway, China, Spain, Brazil, Korea, and Thailand.

He is on the editorial board of many scientific journals and has published five text books and over 300 scientific articles. Dr. Harris is also editor-in-chief of the Journal of Audiology and Neurotology.

Dr. Harris completed fellowship training in otology, neurotology and skull base surgery at University of Zurich. He completed residency training at Harvard Medical School/Mass Eye and Ear and earned his medical and doctorate degrees from the University of Pennsylvania's Perelman School of Medicine.

Dr. Harris is board certified in both otolaryngology and neurotology/skull base surgery.