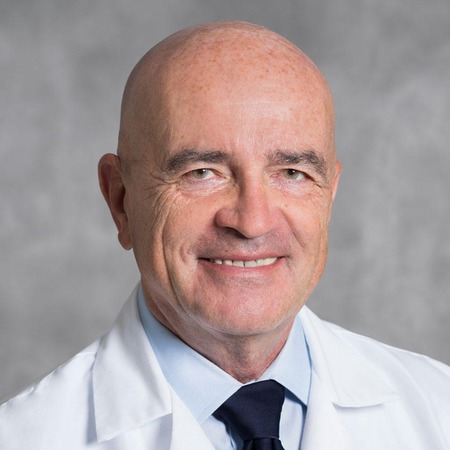 Antoni Duleba, MD, is a board-certified reproductive endocrinologist who specializes in diagnosing and treating infertility and regulating ovarian function. His primary research focuses on polycystic ovary syndrome (PCOS) and endometriosis.

He directs the Fertility Program at UC San Diego Health, which provides the latest evaluation and treatment options for couples having difficulty conceiving, including initial evaluations, preconception counseling and diagnostic testing. Dr. Duleba also offers fertility preservation, IVF and a range of fertility treatment options at Reproductive Partners Fertility Center-San Diego. Dr. Duleba has a long-standing clinical and research interest and expertise in ovarian and endometrial physiology and pathophysiology. In particular, much of his career has been focused on ovarian steroid biochemistry that began in basic science and has progressed to examining the basis for abnormal ovarian androgen production in women with polycystic ovary syndrome (PCOS), the most common endocrinologic disorder of reproductive-aged women.

Dr. Duleba came to UC San Diego in December 2012. In 1983 he entered medical school at the University of British Columbia Medical School, Vancouver, British Columbia. This was followed by a residency in obstetrics and gynecology at the same institution. After residency, he completed a fellowship in reproductive endocrinology and infertility in 1994 at Yale University in New Haven, Connecticut. Subsequently, he was appointed to the obstetrics and gynecology faculty at Yale University in the Division of Reproductive Endocrinology and Infertility, and then became Director of Reproductive Endocrinology Clinical Services within the Department of OB-GYN (2000-2004). He also was Director of Gynecologic Endoscopy (1995-2007) and continued in this capacity after relocating to UC Davis in 2007. There, he was professor and interim director of Reproductive Endocrinology and Infertility in the Department of Obstetrics and Gynecology at UC Davis until December 2012.

Dr. Duleba is an active member of the American Gynecological and Obstetrical Society, the Polish Gynecological Society (honorary member), the American Society of Reproductive Medicine, and the Endocrine Society. He has also been active in national societies and organizations, including the Accreditation Council for Gynecologic Endoscopy (1995), the nominating committee of the Society for Reproductive Endocrinology and Infertility (2007-2009), vice president (2008-9) and president (2010-11) of the Androgen Excess Special Interest Group of the American Society of Reproductive Medicine, and Secretary Treasurer, Androgen Excess and PCOS Society (2010).

Dr. Duleba has received international recognition for his research as he has been an invited speaker at numerous institutions throughout the world. His primary topics deal with PCOS and endometriosis. He published over one hundred scientific manuscripts. In addition, he has been given honorary membership in the Polish Gynecological Society for his scientific accomplishments